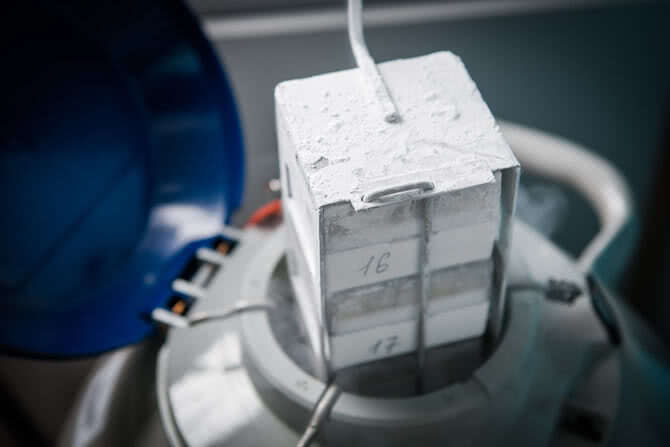 It often happens that the health status of a male patient does not make it possible to take male seminal fluid directly on the day of the IVF procedure. In this case, doctors resort to freezing sperm using cryotechnology.

Today, sperm cryopreservation allows solving this problem and many others. Scientists around the world unanimously declare that it is possible to freeze male germ cells without harming them.

If you do not go into details, then we can say that sperm cryopreservation is a special method of preserving male biomaterial (sperm), during which instant freezing, storage and thawing of male sex cells occurs.

The effectiveness of the use of cryotechnologies for sperm storage is confirmed by the fact that all over the world a huge number of women have been fertilized with thawed germ cells.

If a man has any deviations in the quality of the seminal fluid, then at the moment of satisfactory quality of sperm, it is possible to perform a sampling of the material, which will be used at the right time. Also, quite often, doctors call frozen sperm the “gold reserve” of each patient, which serves as a guarantee that even in the event of unforeseen health situations, a man will be able to become a father.

Most often, the sperm freezing procedure is resorted to in one of the following cases:

1. A man for certain reasons does not have the opportunity to be physically present at the clinic on the day of the artificial insemination procedure. In this case, the delivery of the ejaculate with its subsequent freezing is carried out in advance.

2. When passing a spermogram, a man showed any abnormalities: low sperm motility, insufficient number of spermatozoa, or significant deviations in morphology (structure). In this case, the man has to pass the ejaculate, at least 2-3 times over several weeks, so that the doctors have the opportunity to select "quality" sperm from the provided material for subsequent fertilization.

3. The patient is shown treatment with chemotherapy drugs for cancer or serious surgery on the genitals, which can lead to disruptions in the reproductive system in the future.

4. The man plans the birth of the long-awaited offspring in the future and wants to insure himself against the loss of fertility in the event of various injuries and diseases.

Numerous studies have shown that male sperm are much better than, for example, eggs, they tolerate the process of freezing and thawing and at the same time do not lose their functional qualities. Sperm cryopreservation is the belief that no circumstances of life can affect the man’s ability to acquire the long-awaited heir or heiress in the future.