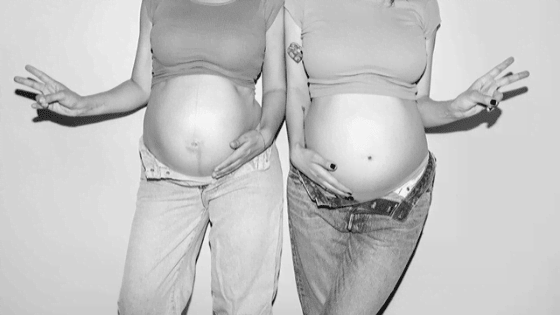 Doctors recommend that every woman who is thinking about having a baby undergo a comprehensive examination even at the stage of pregnancy planning. The ideal option is if both partners first contact a medical institution, they will undergo a medical examination and all necessary laboratory tests. In this case, even before pregnancy, the couple will have the opportunity to undergo treatment for the identified diseases and to think about conception already being completely healthy.

The main task of various diagnostic methods during pregnancy is to determine possible genetic and chromosomal abnormalities, as well as developmental abnormalities in the fetus. Official statistics indicate that about five percent of couples have a high risk of having a baby with various congenital pathologies. In addition, in the overwhelming majority of cases, we are talking about completely healthy parents who, for whatever reason, have a sick child. For many, the birth of such a baby becomes a real tragedy.

Genetic diseases of newborns are a fairly common occurrence in modern medical practice. Serious genetic ailments that are increasingly common in newborns, as well as detected in the fetus during intrauterine development.

What can determine the NIPT and how is it done?

One of the most commonly used and popular among physicians is a highly accurate and fairly informative NIPT test. It is this method of non-invasive diagnosis that allows you to determine the presence of the most common chromosomal abnormalities in the very early stages of pregnancy. In addition, the test allows you to give an answer to another very important question for many parents: who will be born, a boy or a girl?

Do all pregnant women need to take the NIPT?

Whenever possible, doctors recommend that all pregnant women undergo non-invasive prenatal testing. The analysis is extremely important, because it allows you to determine the most common chromosomal diseases of the fetus even before birth. Previously, medicine had no analogues of this test, which allows 100% determination of the presence of Down syndrome in an unborn child.

Other screening diagnostic methods were used, the use of which was associated with the risk of developing certain serious complications in both the pregnant woman and the fetus.

The NIPT is an absolutely safe type of diagnosis, which allows the study of fetal chromosomes with an accuracy of 99 percent. The non-invasive technique is recognized as 100% safe both for the woman in position and for her unborn child. Any complications are completely excluded.

During the test, the medical staff will collect venous blood, after which it will be transferred to the laboratory for examination.

The test time is from the 10th to the 14th week of pregnancy.