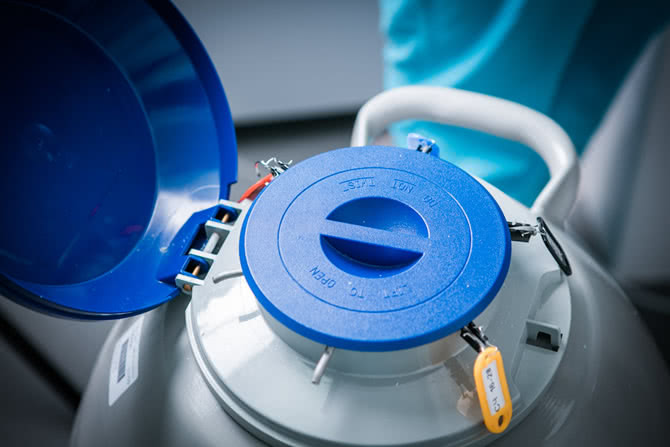 Age is not a hindrance. Currently, modern cryotechnologies allow women to delay the birth of the long-awaited offspring and postpone this process to a later date without any risks to the health of the unborn baby.

Every day, an increasing number of fair sex women resort to egg freezing using a method known as vitrification.

Vitrification of eggs opens up great opportunities for a woman and allows her to become a mother at any convenient time period.

A few decades ago, this method was practically not used, since it was believed that as a result of freezing-thawing, biomaterial loses its original properties, and its quality becomes much worse. Everything changed in 2010, when Japanese experts first conducted an instant freezing of oocytes, which allowed maintaining the quality of germ cells at the highest level.

Many women often ask a question about why vitrification is generally necessary?

The process of developing and using this method is due to the fact that today an increasing number of modern women postpone pregnancy “for later”. Late childbearing is characteristic of most developed countries of the world. Often this leads to the fact that a woman does not manage to give birth to a child at all. This is due to the fact that closer to forty years, almost every person already has a sufficiently large number of various ailments of the genitourinary sphere, which have a negative effect on fertility and ultimately lead to infertility.

1. The use of cryotechnology to freeze oocytes allows you to postpone pregnancy to a later date and makes it almost impossible to hear the diagnosis of “infertility” in the future or give birth to a child with any pathologies and abnormalities that are more common in “later” women in labor.

2. Quite often, freezing eggs is a necessary measure. For example, if a woman is undergoing serious surgery or chemotherapy (for cancer), which can adversely affect the overall health and fertility, in particular.

3. The procedure allows you to save high-quality eggs that were "grown", but not used during the artificial insemination protocol.

4. From an ethical point of view, freezing eggs is a preferable procedure than freezing already formed embryos.

Previously, the egg freezing process was not used, since a large number of crystals were formed during the freezing process. During thawing, they damaged oocyte cells and rendered them unsuitable for further use. The vitrification method has completely eliminated this problem. Thanks to lightning-fast freezing with the help of extremely low temperatures, crystals simply do not have time to form.

The ideal age for a woman to perform the procedure is up to thirty-six years. Freezing is possible at a later age, however, after 36 every year the quality of the eggs decreases and the likelihood of various pathologies and abnormalities in the embryo increases.

Despite the fact that modern cryotechnologies give excellent results, no doctor can give a one hundred percent guarantee that the IVF protocol using thawed biomaterial will be successful. Statistics show that when using the method of vitrification of eggs, the percentage of successful fertilization is approximately 50 percent.

If you want to become an egg donor in Kiev, go to the "Become a Donor" section, where you can fill out a questionnaire yourself.