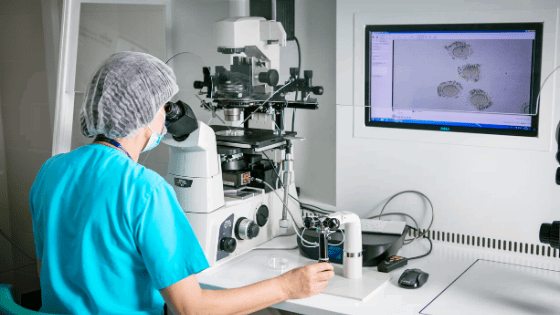 A woman's age is the most significant factor influencing her fertility. Women are born with a fixed number of eggs and so as they age so do their eggs. A woman's fertility starts to decline in her early 30s and by age 35 it has dropped by approximately 40%. By age 40 a woman's fertility has declined even further. The remaining cases of female infertility are linked to other conditions including anatomical problems and hormone imbalances.

It is also quite a common cause of infertility  due to anovulation (no ovulation or egg is released). Even a comprehensive examination of the patient often does not provide answers to the question about the causes of PCOS.

Endometriosis is a condition in which the tissue that lines the uterus (endometrial tissue) grows in other parts of the body, usually in the pelvis. This stray endometrial tissue bleeds in the same way as the lining of the uterus, except the blood/tissue is trapped causing irritation and inflammation. The main symptoms - irregular and very heavy menstruations, which are accompanied by pain in the abdomen.

Obstruction of the fallopian tubes

Scarring or adhesions in the fallopian tubes, results from a previous surgery or possibly an infection, such Chlamydia, Appendicitis or IBS can cause tubal blockages. The main method of treatment - laparoscopy, which has a positive effect in only half the time.

Having a hormonal Imbalance is one of the leading causes of female infertility as it can affect your ability to ovulate – which leads to infrequent or no ovulation.  Other examples are hypothyroidism (low thyroid function), hyperprolactinemia (high male hormone levels) and luteal phase defect (low progesterone levels).

The main reasons that cause problems in the reproductive organs and systems of man and lead to infertility, can be divided into 3 main categories:

Due to the insufficient number of sperm. Low sperm count is evident in cases where a man has fewer than 15 million sperm per millilitre of semen.

The most common defects in sperm - two heads or two flagella, asymmetry or curvature in the structure, too thin or thicker neck. In accordance with medical standards, the minimum number of "quality" sperm count should be at least twenty percent of the total. In the case of patients diagnosed with a large number of sperm in the ejaculate, we are talking about teratozoospermia.

Sperm motility is the ability of the sperm to move (or swim) progressively forward to fertilise an egg. It is an important indicator of the sperm quality. Healthy spermatozoa move at a speed of 30 centimeters per hour.

Sperm DNA fragmentation is expressed as a rupture of DNA strand in both or just one DNA helix. If the rupture affects genes which are vital for embryo and implantation development then during some stage the embryo may not survive.